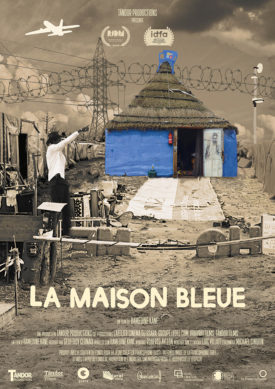 DVD_COMMANDE
[contact-form-7 id="153" title="commande"]
DVD_REPONSE
DVD_ERREUR
Through this intimate portrait of Alpha, the director’s childhood friend, The Blue House highlights the problem of the forgotten European migrant camps. Exceptional territories where attempts at resistance arise, such as those put in place by Alpha in his habitat and artist studio, a place where a poetics of relationship is built to defy the desolation of bodies and the violence of politics.

This film is part of an artistic sublimation approach of a man, an artist, a friend, an exiled set in the heart of «La Jungle», a refugee camp in Calais.